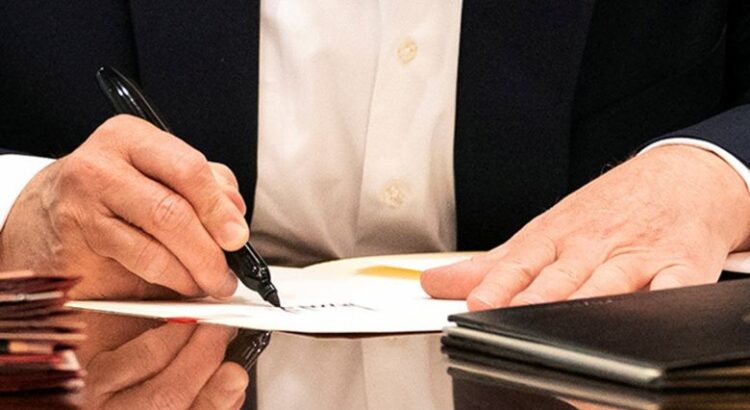 Can a Will be validly made if the will maker’s signature is witnessed remotely via video call, skype, facetime or zoom? This question has arisen because COVID-19 has caused difficulties for people to come together physically in each other’s presence.

Wills Act requirements – ‘in the presence of’

Section 6 (2) of the Wills Act (Chapter 352) sets out the requirements for the execution (i.e. signing) of a Will.

The Act says that the will maker must sign the Will ‘in the presence of two or more witnesses present at the same time’.

In effect, ‘in the presence of’ can only mean that the will maker must be in the physical presence of the two witnesses when signing the Will.

The remote equivalent would require a video call with all three present watching the will maker sign the will. Then there has to be two further video calls to allow the will maker to watch each witness sign the Will in his or her presence.

If either witness were to sign the Will without the will maker watching them do it then the Will is invalid. Section 6 needs to be followed strictly.

Why is the use of video calls, zoom, etc unacceptable?

The advance of technology has allowed us to see others when we talk to them. We can even see them do stuff including signing documents.

So why should witnessing the signing of a Will by a remote witness be an issue?

Remember when Donald Trump was hospitalised with COVID? It was claimed that Trump had been working whilst in hospital and he was filmed signing some papers. Subsequently, the press drew attention to the fact that Trump had merely signed a blank sheet of paper.

So if a will maker asks someone to watch him or her signing a Will via video call or zoom the ‘witness’ cannot say for sure what it was that was signed. It could have been just a blank piece of paper!

Other problems with video calls and zoom

Perhaps a will maker may go further. After signing the Will it could be held up to the camera and the witness could make a ‘screen grab’ of the signed document. Even then there are still problems.

For one thing, a witness cannot tell if the will maker was alone when the signing the Will. Perhaps someone else was present out of view. That someone else could be exerting pressure on the will maker to sign the will. A remote witness has no way of discounting such a possibility.

A will maker cannot have someone remotely witness the Will signing without it being invalid. A Will can only be signed in the physical presence of witnesses to be valid.