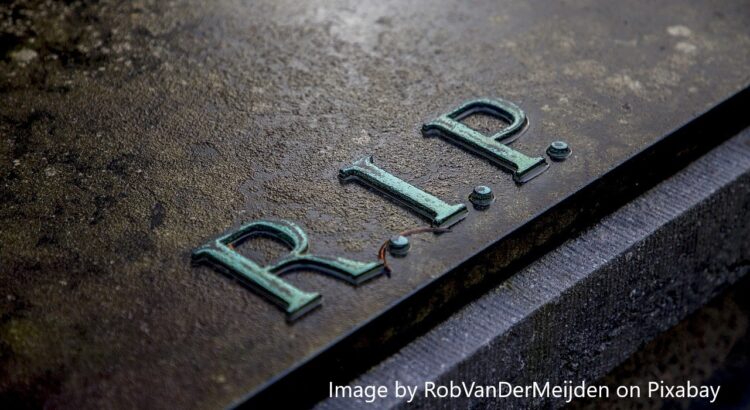 Timing or sequence of death

Obviously, if a person is dead when a Will is made any gift to that person will fail.

If the will maker also dies without a new Will being made we then have to look at the next two factors.

Beneficiary’s relationship with the will maker

If a beneficiary of a will maker dies the general rules is that the gift fails. Unless the Will provides for a beneficiary possibly dying first (e.g. a substitute beneficiary named in the Will) his/her share falls into the residuary estate.

Whether Section 26 does or doesn’t apply also depends on the third factor – what does the will say?

Section 26 deals with the situation of a child (‘C’) of a will maker (‘WM’) named a beneficiary in WM’s Will dying before WM.

If WM dies after A but A has a child/children of his/her own (ie WM’s grandchild) who is alive when WM dies then A’s share of the estate ‘shall not lapse’. Instead, Section 26 says that WM’s gift to C shall take effect as if C had died immediately after WM “unless a contrary intention shall appear by the will”.

Basically, Section 26 works like a ‘time machine’ that ‘moves’ the death of C. Rather than C dying before WM, Section 26 ‘time shifts’ C’s death to immediately after WM’s death creating a fiction.

However, Section 26 has a ‘sting in the tail’ in ending with “unless a contrary intention shall appear by the will”.

This, then brings in the third factor. Does the Will say anything about what happens if a child beneficiary dies first? Does the will show that the will maker had a ‘contrary intention’?

Please see: http://blog.ezwills.com.sg/section-26-wills-act-application-if-a-child-beneficiary-of-a-will-maker-dies-first/ for a more in-depth discussion of Section 26.

Does the Will have any provision for a beneficiary who is a child of the will maker dying first?

What happens if your beneficiary (who is your child) dies before you may depend on the clauses in the Will. There may be a clause that says that if a beneficiary dies before the will maker his/her share will be given to a substitute beneficiary. This would be a ‘contrary intention’ mentioned at the end of Section 26.

Furthermore, it is possible that a Will may provide that in the event a beneficiary dies first that his/her shares are given to the other beneficiaries named in the Will. If there is such a clause Section 26 will not apply as such a clause also would be a ‘contrary intention’.

Anyone choosing to use a Will template found online may have such a clause. If you don’t understand how such clauses work Section 26 could be unintentionally excluded.

Does the Will have any provision for a beneficiary (who is NOT a child of will maker) dying first?

As already mentioned, in general what happens if a will beneficiary dies before the testator is that the gift fails. That beneficiary’s children will not take the deceased beneficiary’s share.

Instead of a clause naming a substitute beneficiary a Will may have a different clause. They may be a clause that says the deceased beneficiary’s share is to be distributed between other beneficiaries named in that same clause. This is usually the case with beneficiaries that are unrelated to the will maker as he/she may not know the children of any of the beneficiaries.

If a Will has either of these 2 clauses then the gift doesn’t fail and that part of the estate doesn’t fall into intestacy.

What happens if a beneficiary dies during probate?

If a beneficiary dies during probate it won’t change anything. That predeceasing beneficiary will still be entitled as he/she died after the will maker. The only difference is that his/her share will be distributed to his/her own executor for his/her own estate.

However, usually there will be a further clause in the will that says what will happen if a beneficiary doesn’t outlive the will maker by 30 days. If there isn’t then only does the gift fail totally.

What happens if a beneficiary dies before receiving his/her inheritance?

What happens if all beneficiaries die?

“What happens if all beneficiaries die?’ is a question that whilst seemingly remote really isn’t.

It’s a valid question. Some wills name only one beneficiary with nothing said if that one beneficiary dies. Or there may be only 2 beneficiaries named in a Will and both may die before the will maker.

If at the time of the will maker’s own death there are no surviving beneficiaries to inherit and the Will doesn’t have any clauses saying what should happen the entire estate falls into intestacy.

What happens if a beneficiary dies is a question often asked and depends on the 3 factors mentioned.

At EzWills we know all about the risk of intestacy. We ask our users direct questions about their wishes if a beneficiary passes away. We also ask what our user’s wishes are if the predeceasing beneficiary is a child. We do things to ensure that users are able to make a clear choice rather than leave it to chance to decide if Section 26 applies or not.

At EzWills we believe that unless these questions are explored with our users they may be making their Wills with unintended consequences.

At EzWills we want to be seen as the best online will service. We’ve worked towards that goal by having a system that allows not just one but multiple options in the event a beneficiary dies 1st.

Call us crazy but with EzWills we’ve created a platform that can allow for up to FIVE beneficiaries dying before the estate can fall into intestacy. We allow a user to leave everything to a spouse and if the spouse dies the estate can go to a child and if the child also dies then the grandchild can take over. In the event the will maker’s spouse, children and grandchildren all predecease then our wills allow for non-immediate family members to inherit and if these beneficiaries also predecease his/her/their child/children can then inherit.

If you create such a Will and the estate still then happens it can only mean that so many people have died that a nuclear bomb must have gone off. We don’t think that will happen. If you’re concerned  about a possible intestacy if a beneficiary dies first you can’t do better than using EzWills to avoid that possibility.